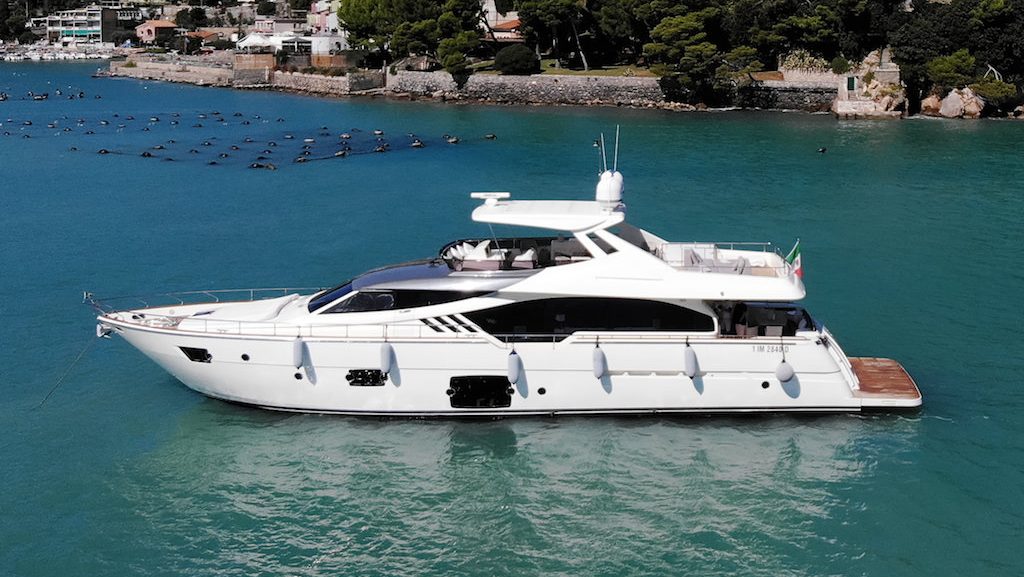 Ferretti Yachts 870 results from the collaboration between Studio Zuccon International Project and the research center of the Ferretti Group.

It features both the bronze dome over the helm station and the large glazed surfaces. Beside the two open-view windows at the level of the owner cabin, large windows for the guest cabins and a double window in the fore VIP cabin have been added. The glazed surface of the main deck has been increased and renewed, thanks to the lowering of the gunwale.

The outer look is characterized by outstanding lightness, elegance and aggressiveness, also thanks to the three ‘shark branchiae’ windows separating the salon’s glazing from the helm station’s one. On the main deck, living and dining areas, galley and helm station have been effectively separated: the latter two, extensively modified too, are located at bow, completely divided from the rest. On the lower deck the yacht makes the best of the increased volumes, thanks to the shifting of all cabins towards the larger stern are.

This yacht offers wide spaces, in particular in the owner cabin and in the portside guest cabin. 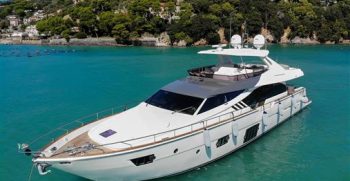 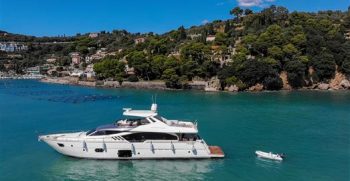 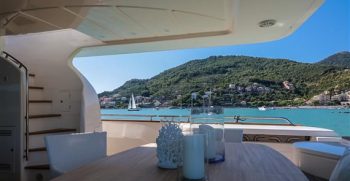 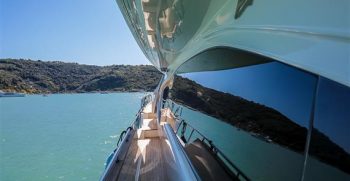 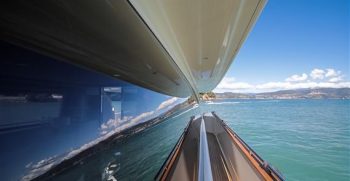 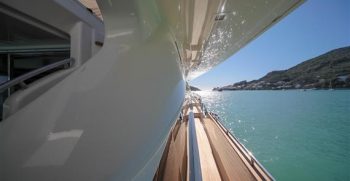 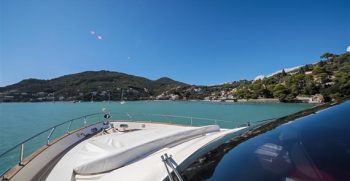 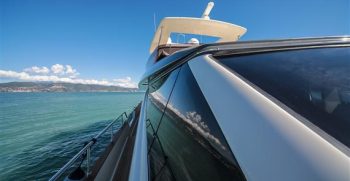 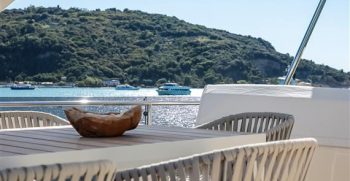 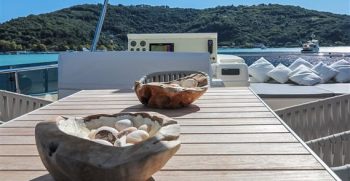 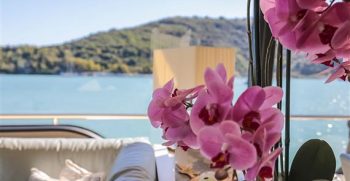 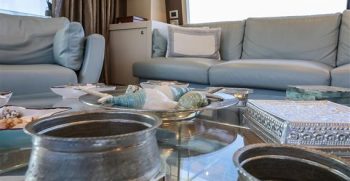 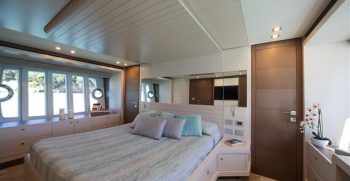 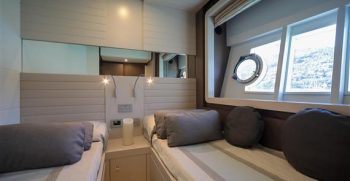 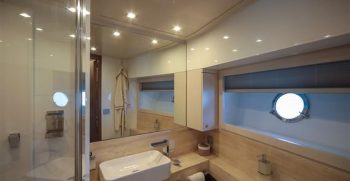 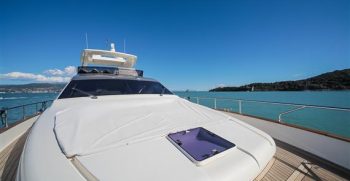 Pen Marine Sdn. Bhd. (www.penmarine.com) offers the details of this vessel in good faith but cannot guarantee or warrant the accuracy of this information nor warrant the condition of the vessel. A buyer should instruct his agents, or his surveyors, to investigate such details as the buyer desires validated. This vessel is offered subject to prior sale, price change, or withdrawal without notice.

Our specialists are happy to assist.